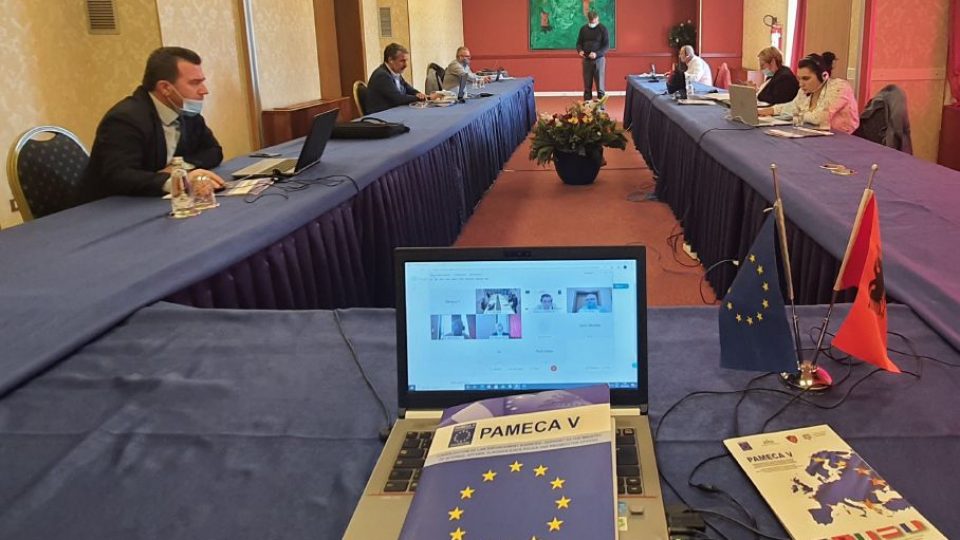 This video conference served to discuss about the future cooperation between the two organizations in the fight against Organized Crime and Corruption, which cannot be seen as two independent phenomena, as stated by the participants.

Mr Liukku highlighted that it is important to ensure active cooperation, while he invited the Director of NBI to consider Europol as a resource of information in relation to EU Member States.

Mrs Hajnaj appreciated the words of Mr Liukku and emphasized that the transnational character of the crime nowadays requires cooperation and commitment between partners. She mentioned that mutual operations and joint investigation teams, as well as exchange of information can be crucial in the fight against organized crime.

The NBI Director also provided a presentation to EUROPOL representatives and to the EU MS and Third Parties participating in AP Copper on the role, areas of competence and legal framework of the NBI, related to the fight against OC, corruption and future expectations, as well as responded to several questions addressed. Mr Roberto Garbini, AP Copper Specialist, introduced Mrs Hajnaj with the EUROPOL AP Copper, its structure, main activities being performed etc.

It was agreed at the end of the meeting that OC cannot be fought alone! Active exchange of information, analyses and intelligence and other elements related to OC groups, as well as mutual commitment are necessary to combat it!

Parties ensured each other on the commitment and readiness to cooperate, while agreeing to discuss communication through SIENA System in a future meeting.