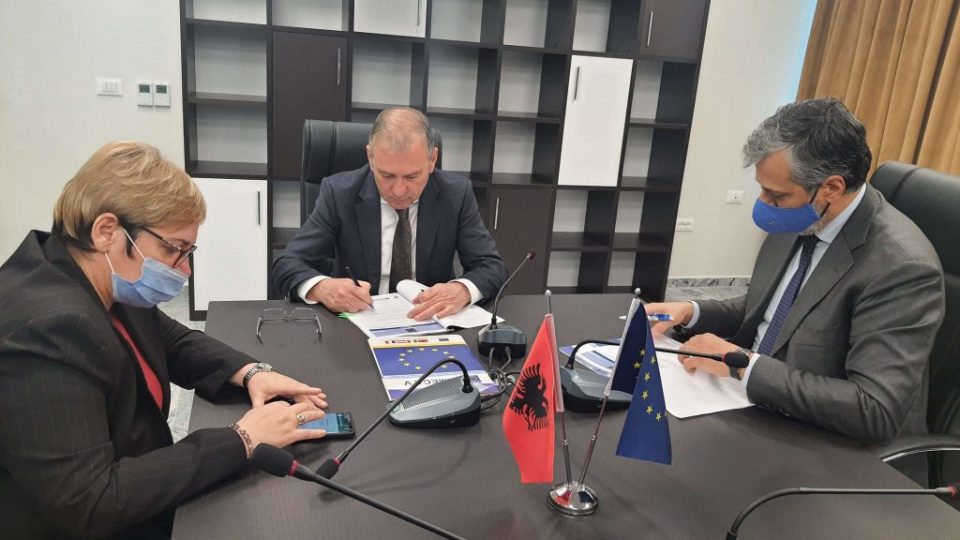 Today on 12 January 2021, in the framework of project downsizing and pursuant to PAMECA V Grant Contract, were handed over two Project`s vehicles, previously owned and used by PAMECA, to the Special Structure on Anti-Corruption and Organized Crime for the use of National Bureau of Investigation, as integral part of the latter.

The two vehicles are donated to also assist in fulfillment of SPAK/NBI institutional needs, such as investigative/operational needs.

A short donation ceremony was held at the premises of SPAK, where the Team Leader Mr D`Achille and Head of SPAK Mr Arben Kraja signed a Donation Act.

The handover of the two cars was very much appreciated by both Head of SPAK Mr Kraja and Head of NBI Mrs Hajnaj who expressed their gratitude for this significant gesture.

PAMECA V assistance will continue to be extended to these two institutions.