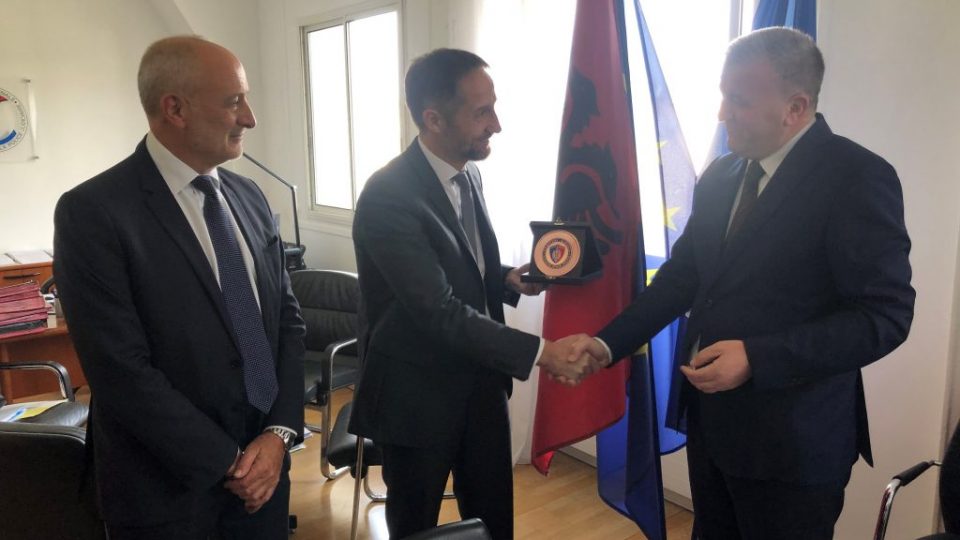 On 20-24 May 2019, PAMECA V organised a Study Visit in France with the Director of the Criminal Police Department and representatives of the Directorate against Illegal Trafficking and Narcotics. The purpose of this study visit was to introduce the Albanian delegation to the French model regarding the legal framework on forbidden substances and precursors and the organization of structures involved in the fight against narcotics, psychotropic substances and precursors.

Moreover, the Albanian delegation was introduced to the National Mission for Controlling Chemical Precursors (MNCPC), which is an Inter-ministerial body, composed of Police Officers, Customs Officers and representatives of the Ministry of Economy and Industry. During the four-day visit, the Albanian delegation visited the Central Counter Narcotics Office, the MNCPC and the National Agency for the Security of Medicines and Health Products.

In addition to the issues mentioned above, the French Judicial Police Director expressed the willingness of French authorities to increase the operational cooperation with ASP Criminal Police Department.