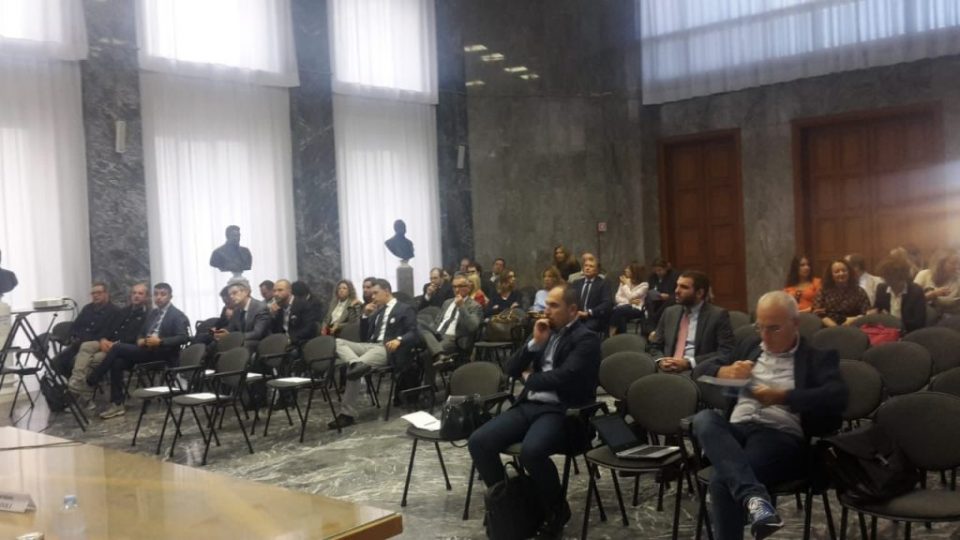 The fight against transnational crime is one of the main challenges of the Albanian judicial authorities. The collaboration and cooperation between judicial authorities of different States during the investigation and criminal proceedings is the first step in order to facilitate the fight against transnational crime in an effective way. In this view and in the framework of PAMECA V Work Plan and in particular of Activity 1.1.17 which foresees ‘Study visit of Albanian Prosecutors to their homologues in Italy on JITs’, PAMECA assisted with the organisation of a two-day Mission, on the 24th and 25th of October 2019, that took place in Bari, Italy.

The visit was attended by the Head of Serious Crime Prosecution Office, Ms Donika Prela and Mr Vladimir Mara, Prosecutor at this Office. Both prosecutors introduced several Joint Investigation Teams agreements signed with Italy during 2016 – 2018 that served as a good example and contributed to successful investigation results due to common investigations conducted in both countries, mostly in the trafficking of narcotics.

Albanian authorities had fruitful meetings with the Head of Bari Prosecution Office, Mr Giuseppe Volpe, who appreciated the commitment and the work conducted by Albanian authorities in the establishment of JITs and encouraged them to further apply this useful mechanism in the fight against transnational crime.

Mr Carmine Pirozzoli, Prosecutor/Deputy Team Leader of PAMECA Project highlighted the importance of such meetings that mainly serve to discuss on different issues, legal and technical problems that members of the JITs are faced with during the investigation. He also mentioned the fact that no other country, besides Italy have signed JITs agreement, and he proposed that Albanian authorities should benefit from the successful experience with the Italian authorities and propose the introduction of a template JITs agreement to the other Eurojust members. Mr Pirozzoli informed and encouraged Albanian authorities to make use of other EU Projects, the expertise and financial assistance they offer in the field of International Judicial Cooperation.