Regional Workshop on the Palermo Convention against Transnational Organized Crime 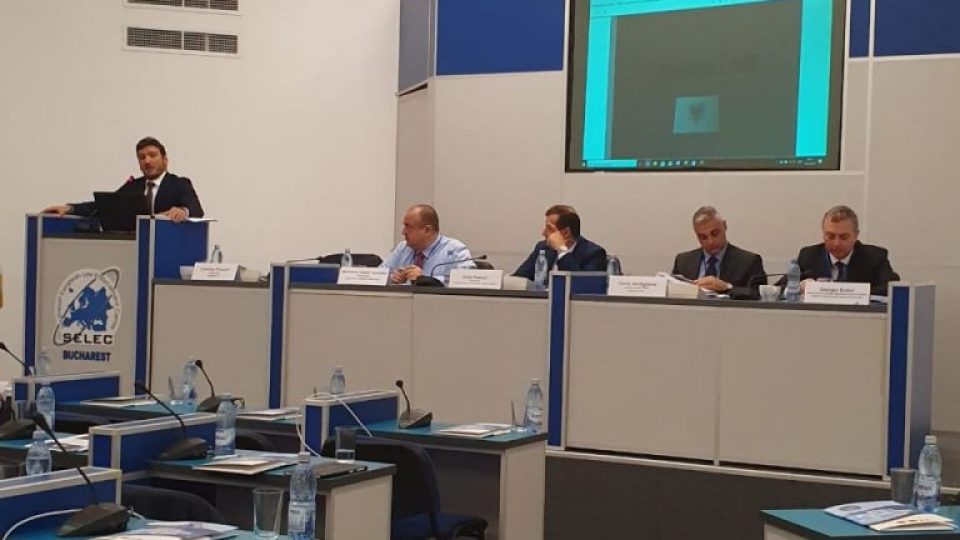 Regional Workshop on the Palermo Convention against Transnational Organized Crime

Regional Workshop on the Palermo Convention as a quick tool in the fight against drug trafficking took place at SELEC premises in Bucharest on 14 November 2019. SELEC Director General, Italian Ambassador to Romania, Project Leader of PAMECA V, Representative of EU Project ‘Fighting Serious Crime in the Western Balkans’ and the EUROJUST Representative, encouraged the participants during their welcoming speeches, to use Joint Investigation Teams as a useful and flexible instrument to tackle organized crime, due to its potential to share information, conduct investigations in both countries and added value as compared to other methods of international cooperation.

The workshop was moderated by PAMECA V International Expert Mr Carmine Pirozzoli and was organized as a joint activity of SANCAS Project, PAMECA V, EU Project ‘Fighting Serious Crime in the Western Balkans’ and SELEC, under the auspices of the PAMECA V Project Leader. Having in mind the importance of international cooperation in the fight against crime, there was a wide participation to this workshop from judicial authorities and police services of Albania, Bosnia and Herzegovina, Greece, Bulgaria, Moldova, North Macedonia, Romania, Turkey, Serbia, Montenegro and Hungaria.

Participants were given a complete picture of the legal framework and methodology of establishing joint investigation teams, advantages, funding opportunities and procedures to be followed. Aiming to understand the specifics of legislation in every country in order to then draw conclusions on the best way to cooperate, participants were involved in group work with a fictional case scenario. One representative of each group presented then before the audience its point of view by describing the best way to build the investigation, when and if appropriate to start international cooperation.