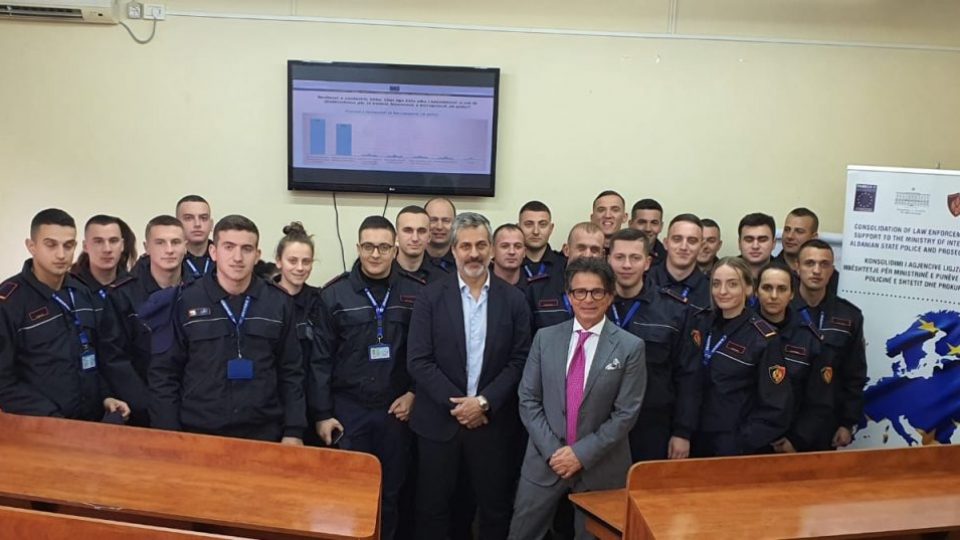 PAMECA V delivered the second round of training on “Police Ethics and Corruption Phenomenon”, on March 4th, 2020, which was attended by 24 cadets of High Professional Police College. The training program was focused on principles of police ethical conduct, risk of corruption phenomenon in police structures and effective measures to prevent and combat it. In order to make the training as tangible as possible, concrete prosecuted cases of police corruption in Italy were discussed, as well.

PAMECA V Team Leader was also present during this training activity and reiterated the essential role that police have in upholding the rule of law and how important the ethical conduct of each one of them is, in order to enjoy public’s trust, consent and co-operation and maintain the good image of police organisation overall.

At the end of the training, the attendees filled up a questionnaire about measures that they deem necessary to curb corruption in Albanian police structures. The two prevailing ones were: 1.Higher salaries for police officers and a better living standard, 2.  Having role-model supervisors, who behave ethically correctly and with integrity.

This training activity will be delivered to three other groups of High Professional Police College, in the following days.