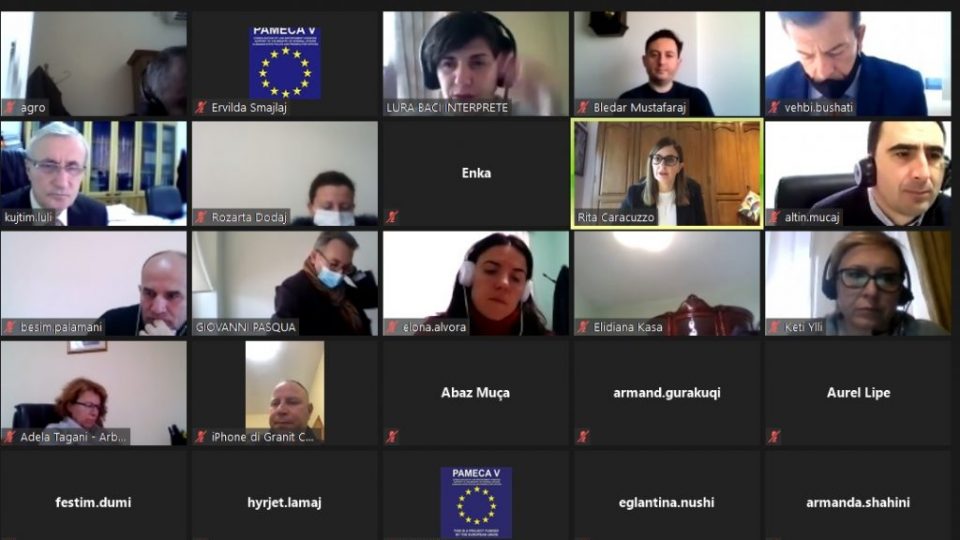 The training workshop was co-presented by PAMECA LTE on Organised Crime, Mr Giovanni Pasqua, and the Prosecutor of General Prosecution Office, Mr. Kujtim Luli. During his opening remarks, Mr Pasqua highlighted the importance that conducting trainings on this field needs to be further explored by Prosecution Office and other LEAs given the complexity of duty-related criminal offences. The effectiveness shown by public servants boosts the country’s progress as public servants manage the country, give justice to citizens, and protect citizens’ rights. On the other side, Mr. Luli expressed the strong commitment of Prosecution Office to dedicate more resources and training activities to the investigation and prosecution of duty-related offences.

Albanian Prosecutor, Mr Armand Gurakuqi gave a clear picture on the importance and necessity that law enforcement agencies, suchlike Albanian FIU, ASP,  Tax and Customs Office, HIDAACI, etc should exchange information among them as a condition for the efficiency of investigations against official who exercise public functions. SPAK Prosecutor, Ms Enkeleda Millonai, underlined the noteworthiness of indirect evidence in the probatory process.

During the second day of the online training workshop Mr Filippo Romano, representative of Italian Anticorruption Authority, draw attention to the administrative investigations conducted by independent authorities and the need to interact with prosecutors, while Mr Paolo Costa, Head of Police Programme at DCAF, introduced the best practices and challenges to Integrity related issues in Police and Justice Sector.

The training was attended by 76 representatives of Prosecution Office, State Police, SIAC and other law enforcement agencies, suchlike HIDAACI, Albanian FIU, Tax and Customs Office, SIAC, etc. The participants had the opportunity to exchange views and practical experience on the issues to be faced while investigating and prosecuting duty-related offences. Given the interest shown in this training, it will be replicated during January 2021 with the participation of another target group.