Second round of the online training on ML

Home News Second round of the online training on ML 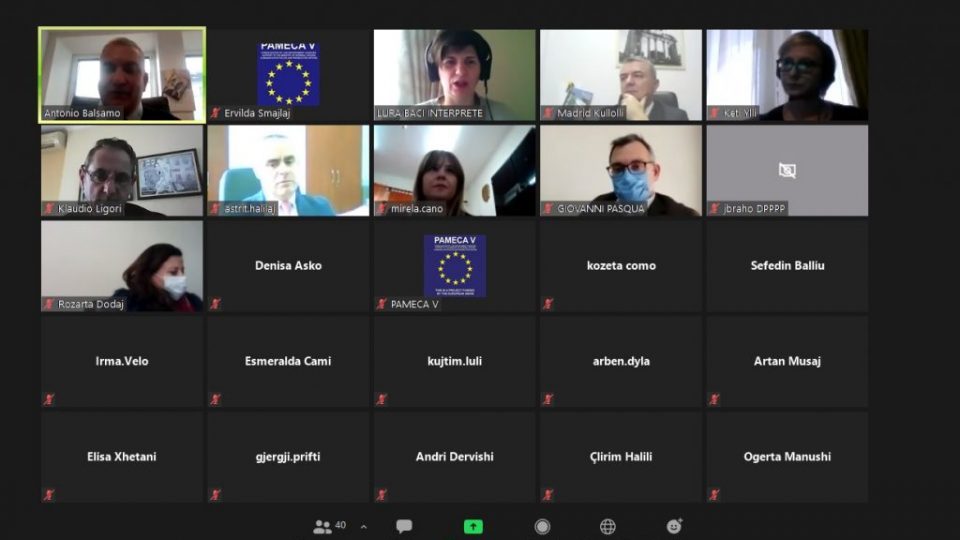 Second round of the online training on ML

PAMECA V in close cooperation with Albanian General Prosecution Office and the Italian High Judicial Council Technical Assistance Project replicated the second round of the online training on money laundering and financial investigation. The training was held on the 12th and 13th of January 2021 and it was attended by 68 representatives of Prosecution Office, State Police, SIAC and other law enforcement agencies, suchlike HIDAACI, Albanian FIU, Tax and Customs Office, SIAC. This training was held in the framework of the Memoranda of Understanding signed between General Prosecution Office, Ministry of Interior and Ministry of Finance. The training was co-presented by PAMECA LTE on Organised Crime, Mr Giovanni Pasqua, and the Prosecutor of General Prosecution Office, Mr Kujtim Luli. Mr Pasqua expressed PAMECA Project commitment to assist GPO in such initiatives that aim to increase the efficiency of financial investigations, while Mr Luli explained the scope of the positive impact of the MoU and he provided an overview of the General Prosecutor’s Instruction on the administrative and procedural measures in the fight against money laundering.

Mr Antonio Balsamo, Deputy Prosecutor General of the Supreme Court of Cassation focused on the international perspective of money laundering, and the crucial role of financial institutions. The presentation of the methodological approach for the investigation of criminal offences in the area of money laundering, use of special investigation means and the EU standards and practice were of high interest to the participants and generated a professional and interactive discussion among them.

Risk analysis, tracking and financial investigation, types of financial data at the disposal of the investigation, and best EU standards were presented by representatives of Guardia di Finanzia, respectively Col.t St Antonio Mancazzo and Magg. Michele Brunetti, who also presented the financing of terrorism in international law, forms and methods of financing of terrorism and investigation methods. On the other side, the domestic legal framework and the institutional setup were deepened by Mr Artan Shiqerukaj, representative of Albanian Financial Intelligence Unit.

Another aspect that was tackled during the training concerned domestic, regional and international inter-institutional cooperation on money laundering, introduced by Mrs Esmeralda Cami, Prosecutor, currently member of High Prosecutorial Council.

The training served to exchange views and practical experience on the problems to be encountered during the conduct of financial investigations and money laundering related offences.